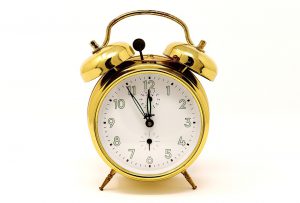 Sorry to tell you HTHT Followers, 2016 will have an extra second added to the end of it!

Many of our favorite celebrities and scientists have passed away, the planet is becoming warmer everyday, and now, scientists will be adding an extra second onto 2016 on New Years Eve.

As you finally count down the end of 2016, you’ll have to make it past 11:59:60, thanks to the addition of an extra ‘leap second’. The extra second in the last minute of the year, means the final minute of 2016 will last for 61 seconds. These leap seconds are added to make up for the fact that Earth’s rotation is gradually slowing down, and to make sure that our precise clocks remain in sync with how long a day lasts on Earth.

“This extra second, or leap second, makes it possible to align astronomical time, which is irregular and determined by Earth’s rotation, with Coordinated Universal Time (UTC) which is extremely stable and has been determined by atomic clocks since 1967,” explained the Paris Observatory in France, which houses the International Earth Rotation and Reference Systems Service (IERS), responsible for synchronizing time.

So why do we need leap seconds at all?

The same reason that we add leap days to certain years. 2016 may have felt extra long because this year had a leap day and now a leap second!

Earth’s rotation fluctuates slightly year to year, sometimes getting longer, sometimes shorter. The spin is also influenced by geological events such as strong earthquakes, and even the freezing and melting of ice sheets. So by adding a leap day or leap seconds we can accommodate for those fluctuations caused by Earth’s rotations.

If there were no leap seconds, we would find ourselves to be 2 or 3 minutes out of sync with the position of the Sun by the year 2100.

make sure you adjust for that extra leap second!