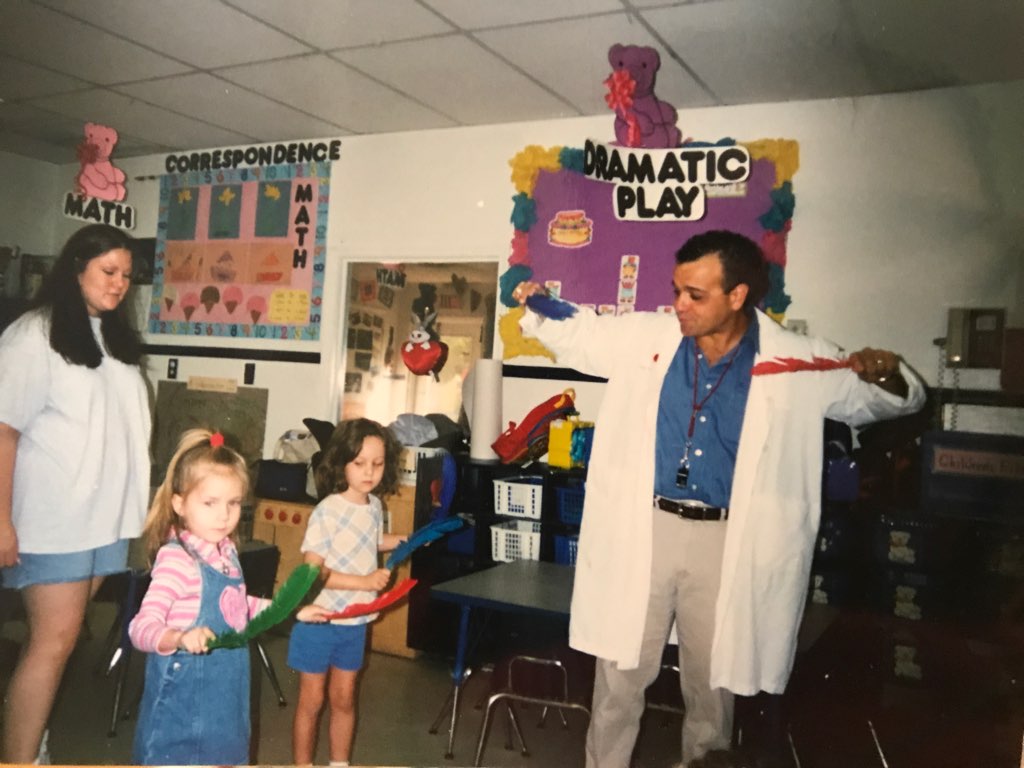 On behalf of all our High Touch High Tech scientists across the nation, and around the world, I would like to thank you all for boldly pursuing our science experiences for your students and children.

This has been a very challenging year for us all. Our passionate scientists will continue to inspire our children to become the next generation of scientists that will develop the lifesaving vaccines and medications that have made the end of this pandemic tangible.

The pandemic certainly changed how we engage with your students, driven by our desire to stimulate imagination and curiosity, we took our unique and inspiring programs and pivoted to deliver them as science kits to the students. Our scientist would then lead the science experience adventure by Zoom. While our fun scientists enjoyed the Zoom delivery of our programs, we are all anxious to work with students in person, and watch their faces light up with discovery. While this pivot is working well, we are all looking forward to bringing our hands-on science experiences back into the classroom.

As I have long said, our High Touch High Tech programs can be delivered anywhere learners are and can engage in exciting ways to learn. Because of this we can stimulate young minds, activate new curiosity, and nurture budding imaginations. This has been our approach for the last 29 years. We all have seen that following the science is bringing us out of this pandemic, and sparking curiosity among your students and future scientists assures us the world will continue to become a better place.

The scientist is motivated primarily by curiosity and a desire for truth.

They grow, but they’re not alive. For centuries they’ve been
used in witchcraft and wizardry, yet they are also so integral to science that
they have been the key to revealing the molecular makeup of all of life!  What are these marvelous, ancient, modern,
magical, scientific treasures?!

Even in our “jaded” modern world, holding a handful of beautiful, multicolored, sparkling gems is a pleasure that is unparalleled.  When you look at the gorgeous variety of colors and shapes of gemstones, it’s easy to see why every ancient culture on earth revered them for their beauty and saw mysterious magical powers within.  Even though humans and  gemstones have a long and storied history together, that is only a small part of why gemstones are truly one of nature’s most incredible creations.  Far beyond their visual appeal, they are amazing right down to a molecular level and have actually been the key to some of the most momentous discoveries in the history of science!

The scientific study of the structure of gems and crystals is called crystallography.  Humans have been trying to understand the intriguingly standard patterns of crystal shapes since at least ancient Greece, when they theorized that crystal gemstones were water that had frozen and could not go back to its liquid state.  Their word for it, krystallos, gives us our word today.  For centuries, gemstones did not reveal the mysteries of their symmetrical, regular shapes easily.  The great Johannes Kepler, fascinated by a single snowflake on his coat, pondered their symmetry in the 16th century.  Soon after, Danish crystallographer Neils Stensen discovered The Law of Constancy of Angles, proving that although crystals appear in a great variety of shapes and sizes, specific types of crystals always grow in the same angles.

The stage was set for Auguste Bravais, the father of modern crystallography, who discovered that the molecular structure of crystals were arranged in perfectly uniform “lattices,” a pattern in which any point in the structure is perfectly equidistant from the point nearest to it.  Bravais discovered there were only a few possible configurations of points that can make up the orderly arrangement of molecules in a crystal.   Bravais’ work categorized what is known as the “seven crystal systems:” cubic, trigonal, hexagonal, tetragonal, orthorhombic, triclinic, and monoclinic.   These are the seven shapes a crystal can make on a molecular level, and thus, repeats in its ultimate shape.  Have you ever seen pyrite in a cube, or quartz in a point?  In a cubic crystal-like pyrite, the molecules themselves form tiny repeating cubes which then create the amazingly regular, square shape of the crystal.  Quartz is only ever hexagonal or trigonal, giving it its characteristic point.  Once you are familiar with the seven crystal systems, the beauty of natural gems becomes even more incredible for their regularity and their symmetry.  The symmetrical perfection of crystal designs over millions of years, varying geological conditions, across all of earth and even space, is something truly rare and surprising in the natural world.

Although all crystals across the world, from the famous diamond to the ultra-rare fingerite, can grow in remarkably uniform patterns, what makes all crystal gemstones different is their interaction with the conditions in their particular environment.  Crystals usually form out of magma, but it is the trace elements in magma, often dissolved in groundwater, that dictate the colors and shapes of a crystal.  Pressure and temperature also play a role in creating these natural works of art.  For example, an emerald and a ruby both get their color from the trace element Chromium, but the difference is time and pressure.  One of the most rare and costly gems on earth, Blue Tanzanite, comes from a certain mixture of pressure, temperature and the element vanadium that is found only in the East African Rift Valley of Tanzania.  Whereas quartz, the most common crystal on earth, is created when silicon and oxygen, both very common elements, bond and grow in a tetragonal shape.  A crystal can take only weeks to grow and a million years to come to the earth’s surface; when it emerges, it is a perfect snapshot of the complex geological processes around it.

Sci-Fi author Arthur C. Clarke said: Any sufficiently
advanced technology is indistinguishable from magic. Gemstones/crystals are
one of those places where science and magic meet.  Crystals have been used in healing magic
since humans lived in caves.  In terms of
importance to modern science, crystalline molecular structures have given us
the keys to understand nothing less than the makeup of life itself!  The science of X-ray Crystallography is a relatively
recent discipline.  In 1912 scientists
discovered that if they projected X-rays through a humble crystal of salt, they
could see the molecular structure of the salt crystal as a 2-D projection.  They then learned to crystallize non-mineral
substances, and construct 3-D models of the projection they saw.  Because of X-ray crystallography we have been
able to see, understand, and analyze:

In fact, the Nobel Chemistry 2020 winners, Dr. Charpentier
and Dr. Doudna, would never have been able to do such close work on DNA without
X-ray Crystallography. Even 2020 Nobel Prize winner Roger Penrose is an avid
fan of crystal structures and took inspiration from them to revolutionize our
understanding of space itself.

If you want to collect and examine some of these incredibly
meaningful minerals for yourself, where can you start?  There are over 3,000 minerals known to
science, from the famous diamond to the rarest in the world, Fingerite.  Precious or semiprecious?  Local stones or exotic stones from around the
world?  Which of the Seven Crystal
Systems is your favorite? Which mix of minerals makes the most appealing color?

For some up-close views of fine gems and minerals:

The rarest gems & minerals in the world
An introduction to how crystals form and grow
A brief history of pre X-Ray crystallography
For more about the Seven Crystal Systems and Crystal Molecular Structures
An in-depth explanation of the mathematics and structure of Crystal Lattices
An selection of high-quality short videos about X Ray Crystallography, including its history, major discoveries, and practice today, plus a talk by Roger Penrose

Fewer than 3 in 10 graduates in science, technology, engineering, and mathematics are women. And barely 1 in 10 actual engineers are women. Early in a girl’s life, the toys marketed to her are usually things that don’t encourage her to enter those fields.

In a world where men largely outnumber women in science, technology, engineering and math…and girls lose interest in these subjects as early as age 8, GoldieBlox is determined to change the equation. Construction toys develop an early interest in these subjects, but for over a hundred years, they’ve been considered “boys toys”. By designing a construction toy from the female perspective, GoldieBlox is “disrupting the pink aisle” & inspiring the future generation of female engineers.

This company is teaching young girls that these fields of science can be fun – and apparently, epic by the looks of this super-genius 2-minute video. Watch & Learn!

If you like what GoldieBlox is doing to innovate for girls’ toys, you could Like them on Facebook. And if you want to see them win a chance at airing their commercial in the Super Bowl, make sure you go & vote here!

GoldieBlox spent three weeks building a magical machine of toys with a crew of future inventors, present day engineers, and imagination specialists. Among the leaders was Sabrina, a 7 year old who walked the film crew through the garage portion of “The Princess Machine” of GoldieBlox. Check out all of the behind-the-scenes magic of this epic video! http://bit.ly/HWNb4S — check out the toys that made this possible.

The inventor and CEO of GoldieBlox, Debbie Sterling, went to Stanford University to earn her engineering degree. Looking to make your own mark in the engineering world & STEM movement? Start here to see the list of the best schools for engineering!