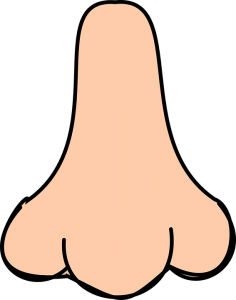 A stinky smell usually means something is wrong – food’s gone bad, something is dead, someone needs a bath. Yet in the plant world, a stinky smell can be a good thing.  Smelling super gross helps certain plants spread their pollen and seeds, which successfully creates the next generation for their species.

What is pollination and pollinators? How do plants attract them?

Pollination is the process by which a plant produces more plants for the next generation via the transfer of pollen.  Plants produce flowers specifically, so they can spread pollen, create seeds, and grow more plants!  Pollinators play a key role in the plant lifecycle. Some common pollinators include: bees and wasps, bats, moths and butterflies, hummingbirds, and flies and beetles.

Strangest of all are the plants that mimic raw meat and smell like dead flesh!  These are particularly attractive to some flies and beetles.

What is super gross to you and me is absolutely delicious to these insects.  Their primary role in the ecosystem is to help break down dead things into usable nutrients for living things.  Think of decomposition like recycling; old material gets broken down to create the new.  In exchange for getting this dirty job done, the bugs get food and a safe place to lay their eggs.

Plants are very much a part of the living ecosystem, but some plants tap into decomposition to further their species.  By mimicking dead things, their flowers attract flies and beetles as their pollinators. Some even produce stinky fruit to attract animals to disperse their seeds.

When scientists analyzed the stinky stench of some of these flowers, they found the chemicals dimethyl trisulfide (like stinky limburger cheese), dimethyl disulfide, trimethylamine (rotting fish), isovaleric acid (sweaty socks), benzyl alcohol (sweet floral scent), phenol (like Chloraseptic), and indole (like feces).  That is quite a noseful!

Here are some different types of stinky plants:

Corpse Flower (Amorphophallus titanum): Native to the rainforests in Sumatra and Indonesia, corpse flowers draw huge crowds when they are featured at botanical gardens.  People will come from all around to watch the stinky bloom open!

The blooms on this plant are rare, but huge! They often take 7-10 years to produce a single bloom and it has the tallest inflorescence in the world – 10 ft tall!  An inflorescence is a collection of thousands of tiny flowers that together look like a giant flower.  The bloom has a dark red color, which mimic the color and texture of rotting flesh, and has a smell to match! That dead rotten smell attracts flies and beetles, who enter the bloom and pollinate it!

Stinking Corpse lily – (Rafflesia arnoldii): Another native of the rainforests of Sumatra and Indonesia, the corpse lily is a parasitic plant.  It has no stem, leaves, or roots, but lives inside vines of the genus Tetrastigma.   Its thread-like fibers spread throughout the vines and gather nutrients from its host.

This makes the corpse lily and its flower hard to find because it is only visible when it breaks out of its host to create a bloom.  It starts with a tiny bud on the outside of the vine and over the course of a year a massive flower is produced, which only blooms for a few days. It has the largest individual bloom with the largest one ever recorded at 17 inches in diameter. Its blooms resemble rotting flesh in color and smell and attract beetles and flies.  Once pollinated it creates little round fruits that are consumed by tree shrews thus spreading the seeds.

Octopus Stinkhorn (Clathrus archeri):  It is a type of fungus meaning it reproduces via spores rather than seeds.  This weird looking species proves that even fungi can stink!  This fungus is native to New Zealand and Australia but has traveled the globe and can even be found in California.

When its egg-like sacs rupture, red, tentacle-like fronds emerge that smell strongly of rotting flesh or crabs.  It looks a little like an alien octopus hatching out of the ground!  The smell and appearance attract flies which pick up spores and spread the fungus.

The fruit of this tree rather than the flowers is what stinks and seed dispersal is the stinky mission.  It is native to Southeast Asia and is banned from mass transit and hotels – you will even see “no durian” signs in cities in this part of the world.  There are many different species of durian tree, but universally the fruit they produce smells gross.  A stinky cousin of the cacao tree (aka chocolate), the durian tree produces big spiky fruit with a yellow, creamy, edible fruit inside. Even with the rind intact, the smell of rotting onions, sewage, stinky garbage and other sulfuric smells can reach your nose.  If you can get past the smell, it tastes amazing and is considered the king of fruits.

It smells so strongly to attract orangutans and other creatures to come and eat it, so the seeds can spread.  Think of the smell, like the tree shouting “Come and get my seeds!! Yummy taste inside – I promise!!”

Plants are all about the next generation, so spreading their pollen and seeds is a huge driving force in how they look, smell, and grow.  Producing a bloom or fruit takes a lot of energy and time so plants will do whatever is necessary to increase their success.  Even if it means smelling like a rotting corpse!

The students in Ms. Sophia’s First grade class at Claxton Elementary in Asheville, North Carolina had the pleasure of doing hands – on science experiments with High Touch High Tech of Western North Carolina’s scientist, Asteroid Amber. Amber spent the morning in the classroom with this first grade class teaching them all about what plants need to survive. She helped them to explore the world’s ecosystems, the five laws of nature, different types of seeds and how they all play a part to nature’s delicate balance. The students got hands-on in this program as they extracted real chlorophyll!! They even got to build their very own greenhouses to keep! 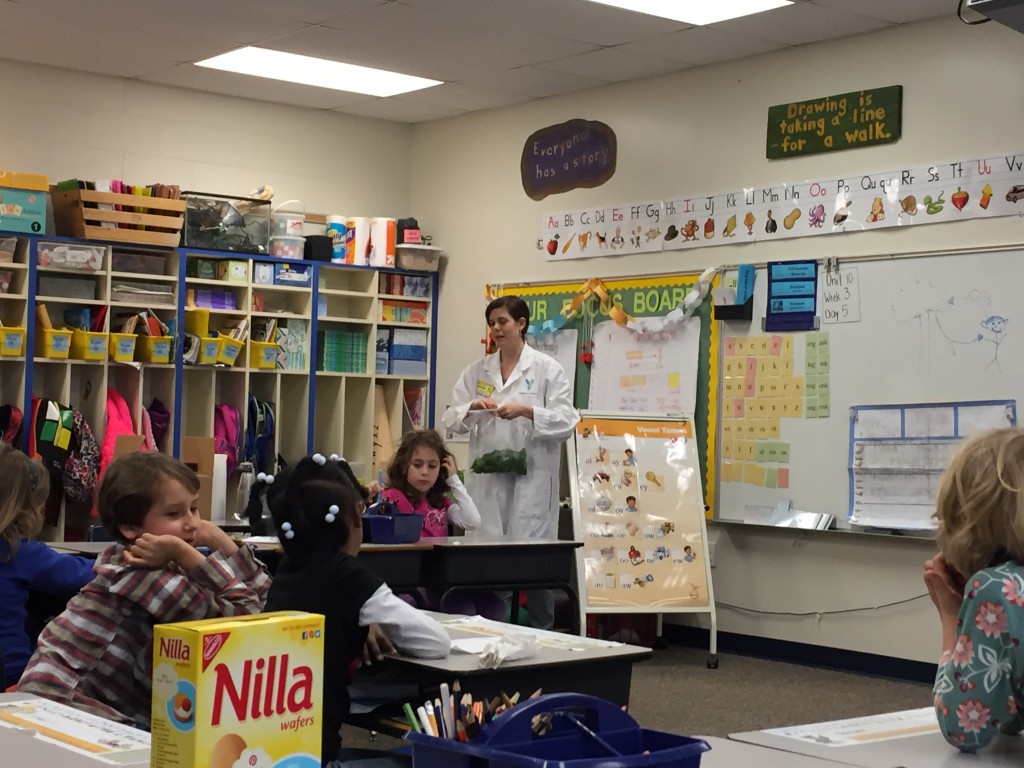 For more information on how to bring High Touch High Tech into your classroom, birthday party, or summer camp visit our website at https://sciencemadefun.net/index.cfm

Pucker up, Think About It Thursday is back again! This edition we will discover the strange place where that jolly little green plant, mistletoe, actually grows!

Mistletoe is considered a semi parasitic plant. Meaning that it will attach itself to a tree or shrub, the roots will penetrate the branches and absorb water and nutrients from the host plant. Birds and small animals will eat the mistletoe’s berries and distribute the seeds onto other tree branches. The mistletoe plant is not considered a full parasitic plant because some species have the ability to photosynthesize for a short period of time. Mistletoe can grow on one branch in a tree and only kill that branch or it can take over and kill the entire tree! However, mistletoe is an important addition to the ecosystem because many small animals and birds rely upon it for food and shelter.