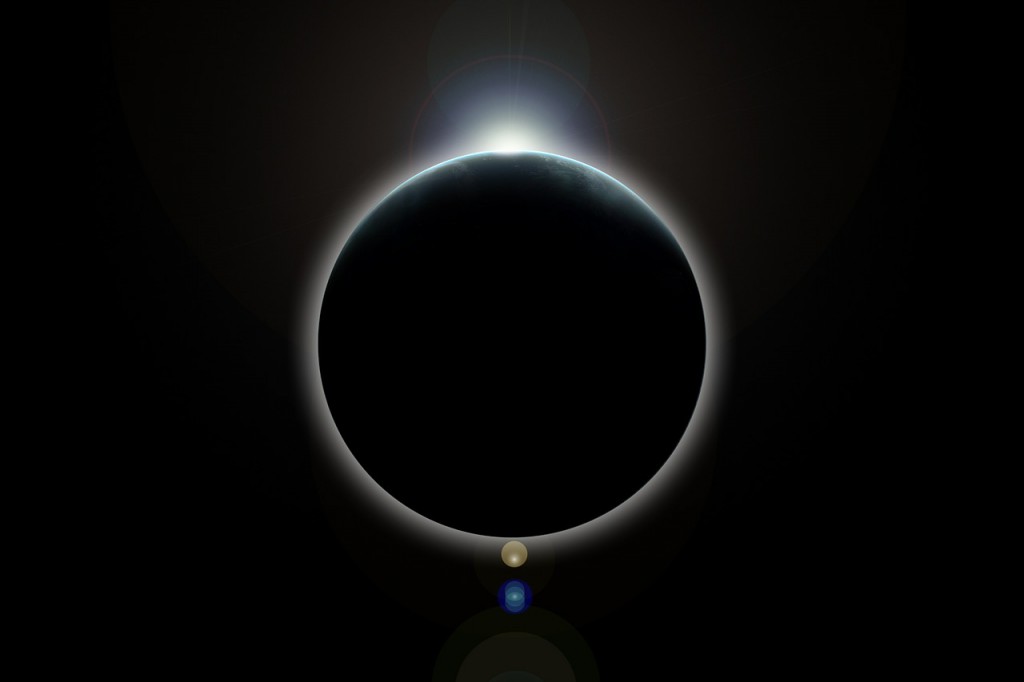 The viewing will take place in lot P8 on the UNC Asheville campus beginning at 8:30 p.m. The eclipse begins at 9:07 p.m., with totality beginning at 10:11 p.m., and the event will end at midnight. We will be turning off the lights in P8 to provide for a better viewing experience.

Please park in the Reuter Center lot, lot P10, and walk across the road to lot P8. Those with special needs may be dropped off in P8.

A determination about the weather and possible cancellation will be made prior to the event and will be posted to lookoutobservatory.unca.edu.

This is the last total lunar eclipse viewable in Asheville until 2019, so even if you don’t join us, be sure to look up that night to catch a glimpse of it.

Read more about what else makes this eclipse special on Lookout Observatory’s Special Events webpage.

Look in the western sky Saturday morning before dawn, and if the weather is clear and you’re in the right place, you will be rewarded with the last lunar eclipse of 2011.

For just under an hour, the disk of the full moon will almost disappear, turning a dark, rusty red.  The catch for Americans is that you’ll miss almost everything unless you’re west of the Mississippi.  Totality — when the moon is completely consumed by Earth’s shadow — begins at 6:06 a.m. Pacific time Saturday, and ends at 6:57 a.m. Even on the Pacific coast, dawn will start to brighten the sky before the eclipse is over.

Still, if you happen to be up, a lunar eclipse can be a quiet, refreshing experience.  Depending on the atmospheric conditions where you are, the moon may turn a rich orange, or it may become hard to pick out in the sky. The reddish hue comes from sunlight that is bent by Earth’s atmosphere. As happens during a vivid sunrise or sunset, most colors other than red are absorbed by the air. Read More

Did You Know?
A lunar eclipse takes place when the moon, following its orbit around us, passes directly behind Earth as seen from the sun.  It is the opposite of a solar eclipse, when the moon passes between the sun and Earth. Since the moon’s orbit is slightly tilted, the bodies do not align perfectly during most months — but the rules of orbital mechanics are such that in any given year, there will be at least two and no more than seven solar or lunar eclipses.