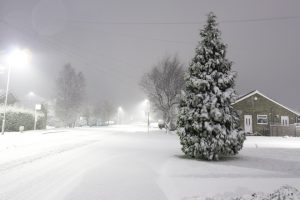 One of the strongest snowfalls to hit the Western North Carolina Region, came to visit us at High Tech High Touch this weekend! There was anywhere from 8 inches to 18 inches of snow, in different areas and was considered the 15th biggest storm on record. Schools closed, Government offices shut down and companies were letting people go home early. Good Samaritans helped pull cars out of ditches and once the snow had stopped, neighbors helped neighbors clear walk ways and driveways. Children, (and some adults) enjoyed the snow by building snowmen, having snowball fights and going sledding. How did this weekends snow storm affect you?

On The Map Monday!

The CCNS includes nearly 40 miles (64 km) of seashore along the Atlantic-facing eastern shore of Cape Cod, in the towns of Provincetown, Truro, Wellfleet, Eastham, Orleans and Chatham. It is administered by the National Park Service. The seashore is comprised of pristine sandy beaches, marshes, ponds, and uplands that support diverse species. It is also home to many lighthouses, cultural landscapes, and wild cranberry bogs that offer a glimpse of Cape Cod’s past and continuing ways of life. Swimming beaches, and walking and biking trails beckon today’s visitors.

One of the most noble sites along the Cape Cod National Seashore is Marconi Station, the site of the first two-way transatlantic radio transmission. The station on CCNS is named after the Italian inventor, Guglielmo Marconi. He championed wireless communication at the turn of the twentieth century—and demonstrated it on January 19, 1903, when he sent and received the first transatlantic wireless messages. Wireless communication was quickly adopted by shipping companies. “The importance of wireless messages was underscored less than a decade after Marconi’s demonstration. When the Titanic was sinking in 1912, its wireless distress calls reached the Carpathia, which steamed to the scene and rescued more than 700 people.” [1]

7,000 feet above sea level and nestled on a small hilltop between the Andean Mountain Range, the majestic city of Machu Picchu soars above the Urabamba Valley below. The Incan built structure has been deemed the “Lost Cities”, unknown until its relatively recent discovery in 1911. Archaeologists estimate that approximately 1200 people could have lived in the area, though many theorize it was most likely a retreat for Incan rulers. Due to it’s isolation from the rest of Peru, living in the area full time would require traveling great distances just to reach the nearest village.

Separated into three areas – agricultural, urban, and religious – the structures are arranged so that the function of the buildings matches the form of their surroundings. The agricultural terracing and aqueducts take advantage of the natural slopes; the lower areas contain buildings occupied by farmers and teachers, and the religious areas are located at the crest of the hill, overlooking the lush Urubamba Valley thousands of feet below.

Machu Picchu is open year-round, but there are two things you can’t count on: dry weather and thin crowds. It can rain anytime, though officially, October to April is the rainy season. And while peak season is July–August, you should always expect crowds.

There are a couple ways you can visit Machu Picchu. You can hike in on the Inca Trail but you should know that the Peruvian government puts a limit on the number of people who may hike this trail per season due to erosion concerns. OR you can fly into Cusco and ride the train to Aguas Calientes (the town at the foot of Machu Picchu).

Happy  On The Map Monday! Stay tuned for next week as we travel someplace else very exotic!

The cenote (pronounced seh-NO-tay) is a large sinkhole resulting from a collapse of limestone bedrock exposing groundwater below. They are commonly found in the Yucatan area of Mexico. To the Mayan’s the cenote is known as “sacred well”, a source of water when the season was dry. Cenote’s are common geological formations in areas with low latitudes, including islands and coastlines. The water in a cenote is usually very clear as it comes from rain water which is filtered very slowly through the ground and contains very little dirt/earth particles. The water can be so clear that you can see little fish swimming around below! This water in a cenote can carve out intricate caves out of the limestone bedrock as well.

Here’s a list of a few famous cenote’s in the Yucatan Peninsula of Mexico:

(Most of these you can go visit and actually swim in!)

On today’s new “On the Map Monday” we are going to look at Moundville, Alabama! Now I’m sure you may have never heard of Moundville, AL but I promise you, it is a very special place and an important piece to the archaeological timeline of the United States.

The Moundville site was occupied from around A.D. 1000 until A.D. 1450. It was said to have been a large settlement on the Black Warrior River in central Alabama. According to the  Moundville Archeological Park’s website, “the site was enclosed with a large wooden palisade. Within the enclosure, surrounding a central plaza, were twenty-six earthen mounds, the larger ones apparently supporting noble’s residences alternating

with small ones that supported buildings used for mortuary and other purposes.”  Moundville got its name from the earthen mounds that were built on this 300 acre site. The largest mounds are Mound A which sits in the most central position of the plaza, and Mound B (just north of Mound A) is the most steep, estimated at 58 feet tall. The mounds were most used to show nobility among the town’s people. Moundville was a place for large trading of maize, copper, mica, and marine shells. Then it became a center of religious and political beliefs, which eventually led to its decline somewhere around the 1500’s.

Moundville was declared a National Historic Landmark in 1964 and the University of Alabama Museums administers 185 acres of the park.