PROGRAM:  It Doesn’t Phase Me

Hello Scientists, I hope everyone is having a wonderful and exciting Spring.  Playing sports, riding bikes, and enjoying this weather in anticipation of being able to go to the pool and cooking on the grill. Our season has been jammed pack full of classes and meeting new students and teachers.  One of those new groups was the Fourth Graders at Cape Fear Christian Academy in Erwin, NC.

I believe I have stated before, one of my favorite things is to go into a classroom for the first time and see how the children begin the class so quiet and shy because they have no idea what to expect or how exciting things are about to get and within 10 minutes everyone is raising their hands, asking questions, telling me stories, so much so that I often have to tell the kids that I wish I could keep calling on them but if we don’t continue the lesson, we will never complete all the great activities.

We had so much fun with our lesson “It Doesn’t Phase Me,” learning about the moon and where it came from, learning and making craters as well as covering the different phases of the moon.

After class, while I was cleaning up, the children began asking me questions.  Some were science related and then others were off the wall such as do I know the WOAH.  I said, “the what.”  Then they proceeded to show me some new dance called the WOAH.  After I did it, the entire class began clapping and cheering.  IT WAS AWESOME!!!

Well, I would like to thank Mrs. Mason and the Fourth Graders at Cape Fear Christian Academy for having High Touch High Tech be part of your lesson and I can’t wait to see you again next year.

This is “Meteor” Martin blasting off. 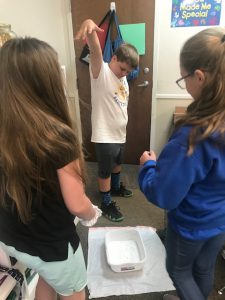 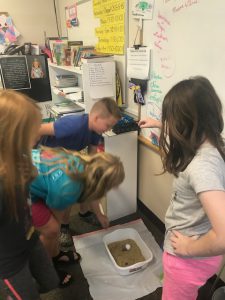 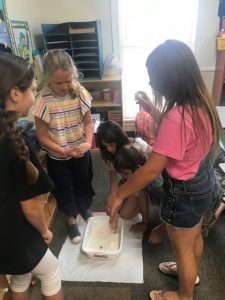 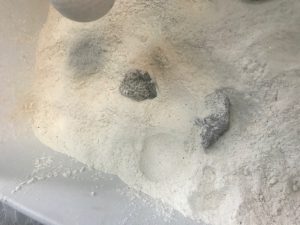 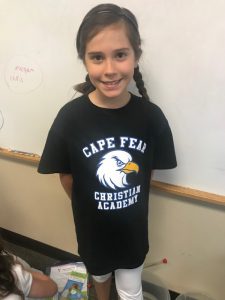 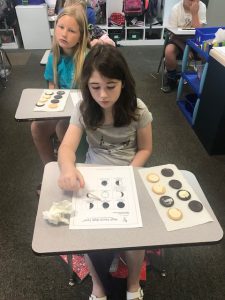 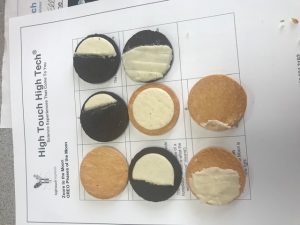