Such cute letters and drawings from our friends at the Charlotte Jewish Day School! Thank you for sharing about how much you all love science and enjoyed your visit with Jetstream Julie! Can’t wait until we get to come back and see you all! 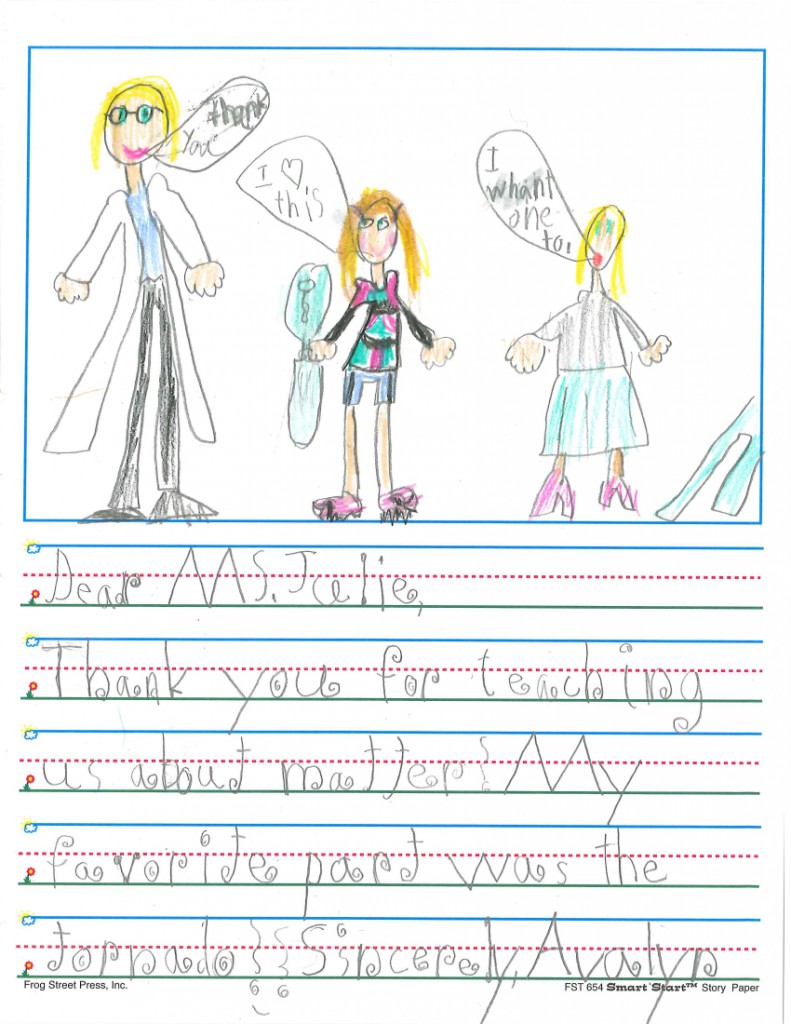 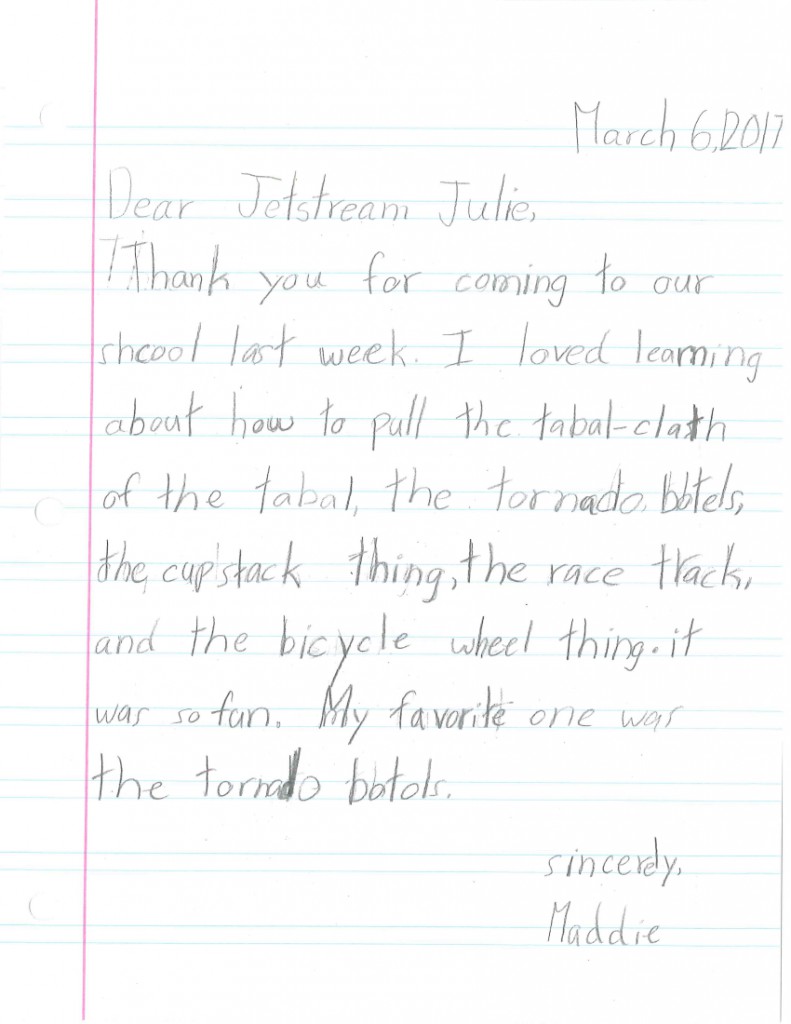 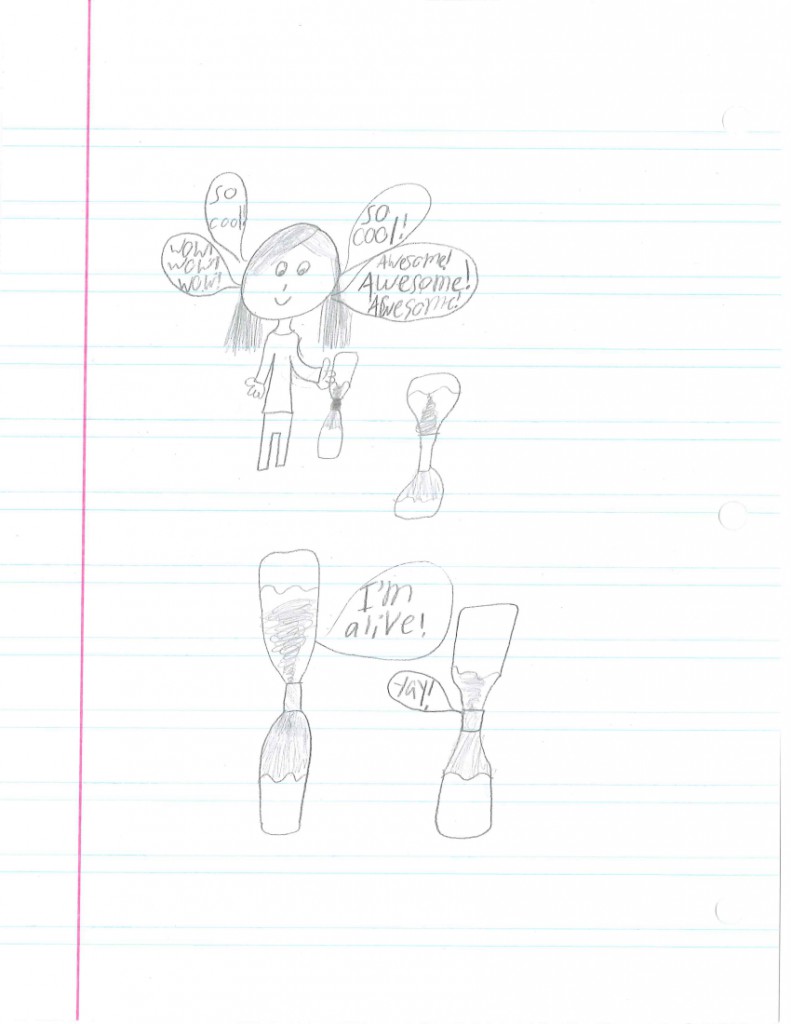 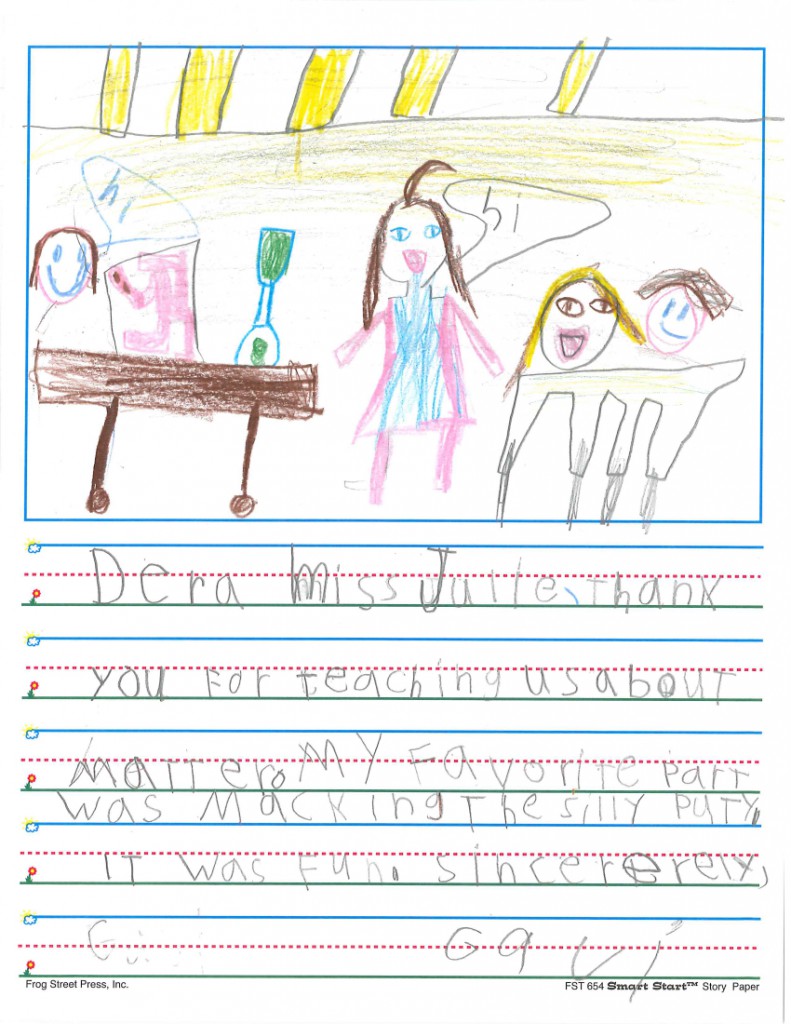 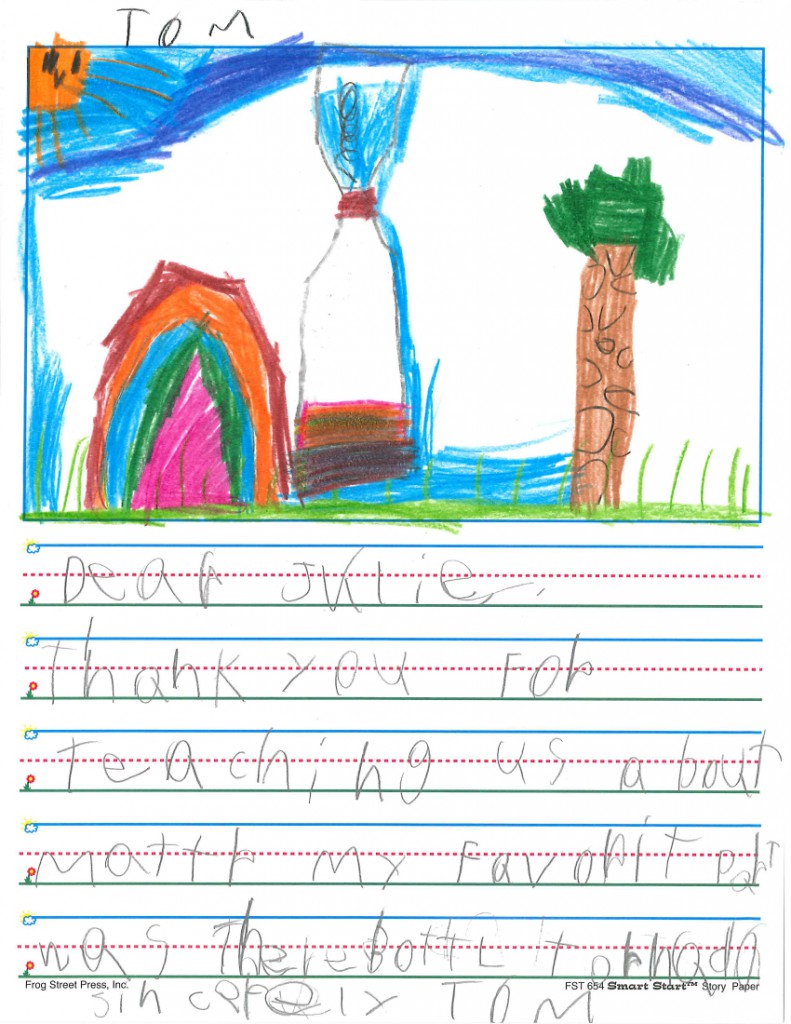 Pass, dribble and shoot! It is time for March Mania basketball – one of the most famous annual sporting events in the US. Whether you are watching college teams on TV or playing in the backyard, basketball is fun because of Science! I betcha’ didn’t know there was science involved in the sport of basketball!

Bouncing the ball on the ground, passing to your teammate, and shooting at the goal all depend on physics, math and the laws of motion.

Basketball is considered the first sport that completely originated in the United States.  It was invented in December of 1891 when Dr. James Naismith nailed up some peach baskets in a gym.  Basketballs today are designed to bounce around the court and soar in an orange arc from your hands into the basket.  But were they always like this?  Why do they have those bumps on them?

When the sport was first invented soccer balls were used and players had a harder time holding on to and dribbling the ball than they did shooting a basket.  The orange, bumpy ball we know today was developed as a result of problems players were having trying to play this brand new game.

Changes they made to the ball included making them bigger and adding bumps to the leather surface.  This added bounce and friction to the equation.  Modern basketballs are hollow with an inflatable inner rubber bladder and have a small opening that lets you control the air pressure.  This hollow center is generally wrapped in layers of fiber and finally covered with leather, which is usually bright orange so players can easily see them.  They took a problem – slippery, not so bouncy ball – and engineered a solution!

Why do they bounce?

Basketballs bounce because of the pressurized air inside of them, gravity and Newton’s Laws of Motion.

When you dribble a basketball, your hand and gravity both push the ball towards the ground (Law #1).  As it drops, the ball accelerates and speeds up (Law #2).  It wants to stay in motion so the ball pushes into the ground when it hits, compressing the air inside.  The ground pushes up with an equal, but opposite amount of force resulting in the ball bouncing back up in to your hand (Law #3).  The energy in the compressed air is transferred back to the ball pushing it back into motion.  If you were to take your hand away and stop dribbling, the ball would continue to bounce due to Newton’s first law, but would slow down and eventually stop due to friction.

The more air pressure inside, the harder it will push on the sides of the ball and the more bounce you’ll get.  This is why an under inflated ball won’t bounce very well because there is not enough air pressure inside to maintain the forces necessary for bounce.

So the last detail they added to their new ball was little bumps on the surface of the leather called pebbling. Adding these bumps was all about friction.  When forces collide, friction naturally slows things down over time and the more points of contact an object has with another surface the more friction comes into play.  So the bumps on the basketball basically increase the surface area of the ball and the amount of friction acting on it.  This makes the pebbled ball ideal for a player to grip, pass quickly, and dribble without fear that the ball will slip away in a random direction.

Next time you shoot some hoops, observe all the features of the basketball that make it special.  It’s a great example of engineering and American innovation in action!