Michael Bodekaer of Labster, a groundbreaking platform that  students can learn life sciences through 3D virtual worlds and laboratories. “With the ability to significantly enhance student’s motivation, these new and ever-evolving teaching tools are bringing a revolution to world ­class learning,” says Bodekaer.

To learn more about Bodekaer’s virtual state of the art laboratories and how they will change science education, please watch his TEDTalk at this link: https://www.ted.com/talks/michael_bodekaer_this_virtual_lab_will_revolutionize_science_class#t-668574

With Summer just around the corner and families starting to enjoy the outdoors and the nice weather, we wanted to do a little post about the giant world of ants!

We all know that ants live underground. But I don’t think that any of us truly understand how vast their homes under the surface really are. Until 2000, the largest known ant super colony was on the Ishikari coast of Hokkaidō, Japan. The colony was estimated to contain 306 million worker ants and one million queen ants living in 45,000 nests interconnected by underground passages over an area of 670 acres.

In 2010 a video was released showing a giant ant colony being pumped full of concrete, then excavated to reveal the complexity of its inner structure.  Take a look at this amazing video by clicking on the image below! 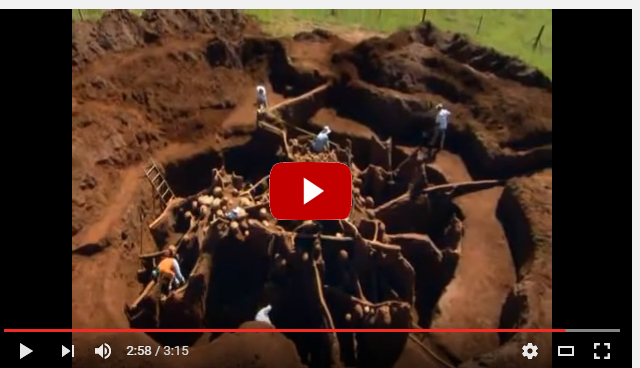 Barbecuing in the United States is national past time during those hot summer months! In a 2013 study conducted by the Hearth, Patio & Barbecue Association (HPBA) showed that 80 percent of all U.S. households own a grill. Families in the United States, fire up their grills for all sorts of foods, but mostly for hot dogs, hamburgers, and chicken.

In a recent info graphic by Kalamazoo Gourmet, they set out a list of 15 countries and their grilling habits. The huge variety in grilled foods around the world means that what we eat is all about where we live. Even grills in other countries look quite different from our charcoal or propane powered grills in the U.S.

Grilling in Southeast Asia and Indonesia is very similar to grilling in the United States and Turkey. They use small portable charcoal grills to make a dish called “satay”. Satay is a dish of seasoned, skewered and grilled meat, served with a sauce.

Much like the Turkish shish kebob and the Indonesian satay, the Japanese prepare their own type of skewered grilled meat called Yakitori. Traditional Japanese yakitori is skewered chicken that is typically seasoned with tare sauce (a sweetened, thickened soy sauce) and grilled on a tabletop grill called a hibachi.

The way of grilling in South America is quite a bit different in style then the traditional barbecue. A fire is made on the ground or in a fire pit and surrounded by metal crosses (asadores) that hold the entire carcass of an animal splayed open to receive the heat from the fire. This way of grilling in South American countries is called Asado, the standard word for “barbecue”.

In India, grilling is done by using a Tandoor which is a 5-foot-high round sided clay oven. Typically, naan bread is grilled by pressing the dough against the side of the tandoor. Tandoori chicken and grilled pineapples are also popular items to be grilled in this method

What you may not know is that there are even more distinct — and delicious! — grilling styles all over the world! Check out the info graphic below from Kalamazoo Gourmet to see other types of grilling in other countries from around the world! Let us know which style is most intriguing to you! 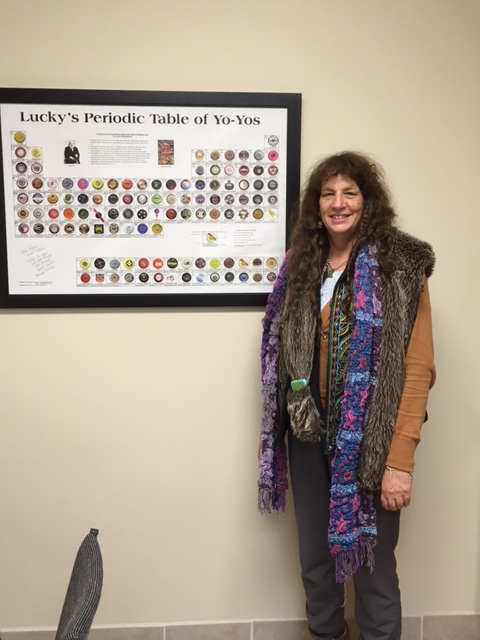 In April, former High Touch High Tech scientist, legendary Cosmic Connie dropped by the Corporate Office in Asheville, NC. She is standing in front of the periodic table of yo yo’s that she gave us as a gift. Cosmic Connie is a world class yo yo expert!
Thank for visiting us Cosmic Connie!!

The technologies of tomorrow are already being tested in select classrooms today, laying the seeds for the future of how students could learn. Check out these 4 tech trends below that are enhancing education in schools!

First Google Cardboard, then Samsung Gear VR and now Oculus. The VR realm has exploded! The VR technology allows students to test the waters of different careers. Giving students a better idea of what they want to do when they grow up and minimizing educational expenses for years spent figuring out what exact career path to take.

3D printers have already broken through in education, helping students bring their ideas to life or put their hands on concepts that previously lived only in textbooks. But 2016 could prove to be a huge year for the technology as the devices become more affordable

“Wearables not only assist students, but also offer many benefits to educators. From pinging students’ GPS locations during a field trip to recording point-of-view lessons, teachers have more options to monitor and engage with students. And this engagement can also translate to communication between educators, giving them more options for collaboration,” according to the K-12 Tech Decisions blog.

Companies have proved that kids educational robots not only succeed in delivering results, but do so in ways much more engaging than through current ed tech initiatives. Take a look at some of the best educational robots on the market today: http://tech.co/top-5-kids-educational-robots-ces-2015-2015-01

What is 3-D Printing?

3D printing, also known as Additive Manufacturing, is a process of making three dimensional solid objects from a digital file.

How Does 3-D Printing Work?

From a digital file, a 3D object is created by laying down successive layers of material until the entire object is produced. 3D Printers can use a wide range of materials, including plastics, resins, metals, ceramics and more.

How is 3-D Printing Currently Being Used?

From at-home repairs to medical to ecological developments, 3D Printing has an undeniably wide range of possibilities for which it can be used and could profoundly change our world.

Aviation companies like Airbus are now producing thousands of cheap, light-weight parts for their jets with 3D printing. Medical professionals can quickly produce molded casts and prostheses for their patients.

To learn more about the advances of 3D Printing please watch this short video: https://www.youtube.com/watch?v=X5AZzOw7FwA