On today’s date, November 30th 1974, the hominid referred to as Lucy was discovered in the Afar region of Ethiopia. The discovery of Lucy changed the way scientists looked at the human fossil record forever. Lucy’s bone size and shape indicated that she walked upright, making her the oldest hominid on record to do so. The Australopithecus afarensis remains were discovered by Donald Johanson and was later named after a popular Beatles song at the time, “Lucy in the Sky with Diamonds”.

After an extensive excavation, about 40% of Lucy’s skeletal remains were found. Among those remains included a partial pelvis, leg bones, arm bones, ribs and vertebrae. The discovery of the pelvis helped scientists to discover that the individual was a female and the leg bones helped to determine that she walked upright!

After the discovery of Lucy in Ethiopia, Mary Leakey made a discovery of bipedal footprints preserved in mud at the site

of Laetoli in Tanzania. Johanson and his colleague Tim White compared Mary Leakey’s finds at Laetoli with theirs from Ethiopia, and felt that they were very similar. They categorized them both as Australopithecus afarensis.

Both finds broke a long-standing assumption: that humans developed big brains before walking upright. After 1974, scientists realized that this wasn’t necessarily true, and that brain size overlaps between types of hominids, even as modern people’s brains vary in size without relation to intelligence. This meant they had to look again at why hominids started walking upright. It had been thought that the big-brained creatures started using tools, and to free up their hands, they had to walk upright. But Lucy walked on two feet, and even had “modern” hands, yet showed no evidence of using tools.

People nowadays are turning away from processed sugars and latching onto natural forms of sweeteners. One of the more popular natural sweeteners is maple syrup and it is claimed to be more nutritious and healthier than white sugar. Maple syrup is produced from the sap of the sugar maple tree.

The sugar maple tree grows most prevalent in several of the Canadian provinces, throughout the states of New England and ten other states as far west as Wisconsin and Minnesota. Sugar maple trees are tapped in the late winter/early spring when daytime temperatures rise above freezing and nighttime temperature fall below freezing. Sap continues to flow for around six weeks. Most syrup makers will stop harvesting their sugar maples when buds burst and leaves begin to develop on the trees. The buds start to give the sap a sour taste once its processed into syrup.

The classic method to collect sap involves drilling a hole into the tree, hammering a metal spout, called a spile, into it, and hanging a bucket directly underneath to collect the sap. Some syrup makers may also collect sap with the use of plastic tubing and buckets.

After being collected in buckets, the sap needs to be filtered and the excess water must be evaporated off to make the sugars in the sap more concentrated. This will eventually turn the sap into syrup. Boiling the maple sap not only evaporates out most of the water, but causes chemical changes that give the syrup its color and flavor. Boiling the syrup is a tightly controlled process, which ensures appropriate sugar content. Syrup boiled too long will eventually crystallize, whereas under-boiled syrup will be watery, and will quickly spoil. Most maple syrup producers use either wood, oil, natural gas, propane or another heat source to boil and evaporate the water in the sap. Be careful not to evaporate your maple sap in your kitchen, as the steam contains some sugar particles and will create a sticky residue on your kitchen walls. This is why having a sugar house is important in the process of making maple syrup!

Fun Fact: It takes approximately 40 gallons of sap to make one gallon of finished syrup.

What Grade is my Syrup?

In January 2015, the U.S. Department of Agriculture announced a new maple syrup grading system to match guidelines set by the International Maple Syrup Institute (a group representing both U.S. and Canadian maple producers) to help clear up any confusion among consumers. The new classification system has four new grades: “Grade A Golden and Delicate Taste,” “Grade A Amber and Rich Taste,” “Grade A Dark and Robust Taste,” and “Grade A Very Dark and Strong Taste.” 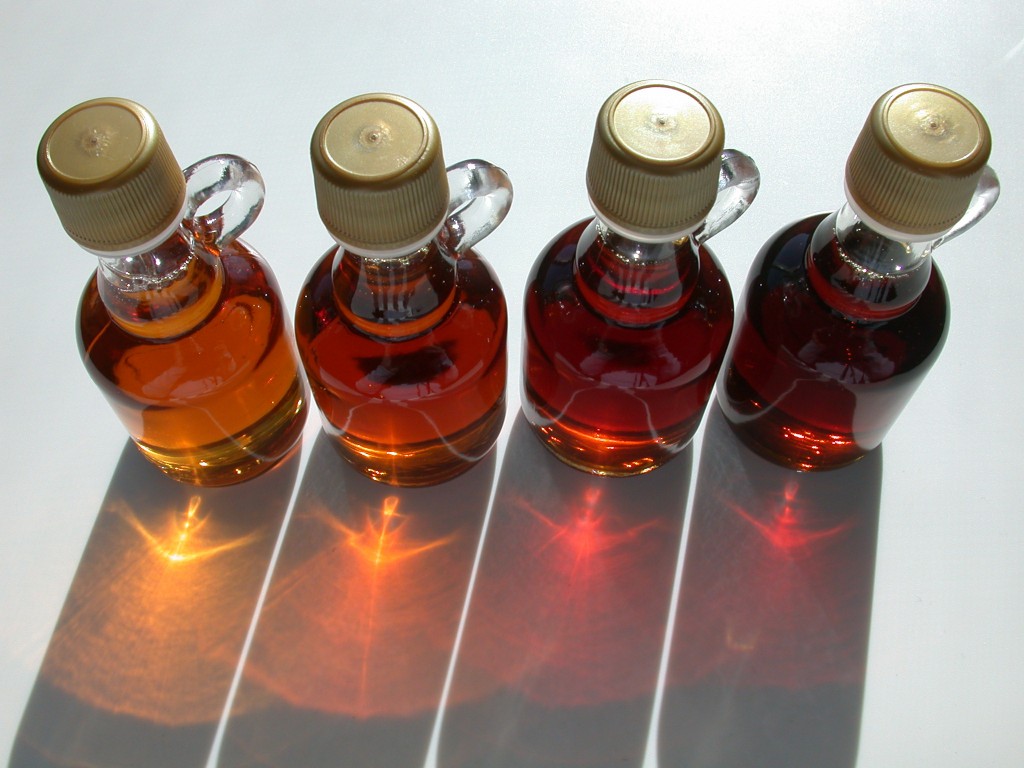 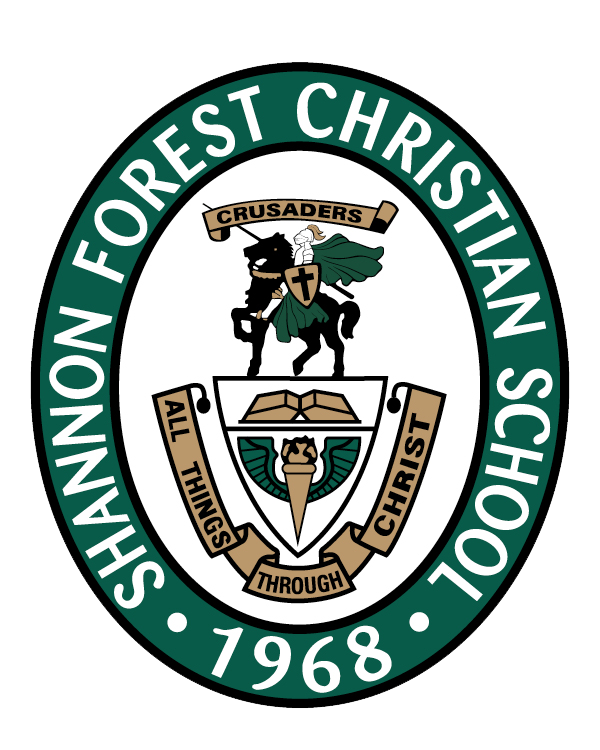 Over the last 4 weeks, High Touch High Tech has visited the Shannon Forest Christian School to do hands on science with afterschool students. These students participated in 4 of our most FUN, hands-on science experiences during after school hours. They got to explode volcanoes, cook their own s’mores in a solar heated oven, create Space Mud with a chemical reaction, and so much more!

From the After School Director, Reida Pearson,

“I would just like to say that Amber was wonderful! She was very knowledgeable and ran a very good program. Her skills as a previous teacher were quite evident. She was very professional and had great classroom management skills!
The activities seemed very age appropriate and the parents were eager to see what their children had done in class. Overall, I would say that children learned new things and had a great experience which is what an after school class should be about!
Thank you for coming to our school!”

The goal of National Handwashing Awareness Week is to decrease the spread of infectious diseases by empowering individuals to educate and help protect their communities. Working together we can make a difference!

Here are some resources on teaching Handwashing with your students:

When should you wash your hands?

What is the right way to wash your hands?

Wishing everyone a safe and happy New Years!! Welcome 2016!

Louis Pasteur was a French chemist and microbiologist renowned for his discoveries of the principles of pasteurization, vaccination, and microbial fermentation. Notably, he created the first vaccines for the rabies virus and anthrax. However, Louis is best known for his invention of the technique of treating milk and wine to stop bacterial contamination, a process now called pasteurization.

The original method of pasteurization was vat pasteurization, which heats milk or other liquid ingredients in a large tank for at least 30 minutes.

The most common method of pasteurization in the United States today is High Temperature Short Time (HTST) pasteurization, which uses metal plates and hot water to raise milk temperatures to at least 161° F for not less than 15 seconds, followed by rapid cooling.

The winter solstice is considered the shortest day and the longest night of the year and this year it takes place on December 22 for the Northern Hemisphere.

Because Earth doesn’t orbit upright, but is instead tilted on its axis by 23-and-a-half degrees, Earth’s Northern and Southern Hemispheres trade places in receiving the sun’s light and warmth most directly. The tilt of the Earth is what causes winter and summer. At the December solstice, the Northern Hemisphere is leaning most away from the sun for the year.

Wright Brothers Day is celebrated in the United States on December 17 each year. The date commemorates the Wright brothers’ first successful flight accomplished on December 17, 1903, near Kitty Hawk, North Carolina.

Orville and his brother Wilbur are credited for building the world’s first successful airplane with aircraft controls that enabled them to steer the plane. The Wright brothers’ first aircraft, named Flyer, made its maiden flight for 12 seconds and 120 feet around the site of Wright Brothers National Memorial in North Carolina.

December 17th is National Maple Syrup Day! Maple syrup comes from the sap of the maple tree. The maple tree is tapped by boring a hole into its trunk and collecting the running sap. Canada, the largest supplier of maple syrup, produces over 5 million gallons of it each year!

Native Americans were the first to harvest and boil the sap of the maple tree into a thick syrup—a process that was documented and adopted by early settlers in the 1600s. Tapping a maple tree does no permanent damage to the tree and only 10% of the sap that is produced in a year is actually collected. Unbelievably, it takes approximately 30-50 gallons of sap to make one gallon of maple syrup!!

Whether you like your maple syrup as a topping on pancakes, waffles, or french toast, enjoy some today in honor of National Maple Syrup Day!