Since today is #NationalCatDay, lets take a look at the science behind cats always landing on their feet!

More often then not cats will actually land on their feet after some gravity defying stunts. BUT there are times where they don’t always nail the landing. A cat’s innate ability to reorient its body during a fall is called the righting reflex. This reflex is observable in kittens as young as 3 weeks old and by 7 weeks, the righting reflex is fully developed.

The righting reflex is made possible because cats have a highly-tuned sense of balance and a very flexible backbone, which allows them to twist their bodies around to right themselves when they fall. Cats have something called a vestibular apparatus located in their inner ear that acts as a balance system to allow them to determine up from down when falling. Light bone structure and thick fur also help aid them in softening their landings. Some cats will “flatten” out their bodies in order to decrease terminal velocity and create more resistance to air to make them fall more slowly. A BBC article from earlier this year explains that cats don’t weigh much in comparison to their surface area, which means that they reach terminal velocity at slower speeds than a human would. A typical cat might hit terminal velocity at 60 mph, while an adult human would fall about twice as quickly.

This terminal velocity slows a cat down enough to give it the time it needs to twist their spine to reorient itself and land right side up!

With today being National Chocolate Day and only 3 days from Halloween, we figured it would be appropriate to discuss the science of chocolate! Many of you may have noticed different terms on your favorite candy bars wrapper describing it as chocolate, cocoa, & cacao.

So what are the differences to these types of chocolates? They are actually all products of the same cacao plant harvested in warm tropical climates around the Equator. Around 70% of cacao is harvested from western Africa. Cacao looks like a football shaped melon. Inside are the cacao beans, that harvesters extract and allow to dry in the sun. Once the beans have dried they are shipped all over the world. When they arrive at their location, the beans are cleaned, stripped of their shells and the raw cocoa nib is now ready to be processed. The nibs are melted together and then ground down to make a cocoa powder. The cocoa powder gets sugar, lecithin and other ingredients added to it, melted all together and formed into blocks or bars. 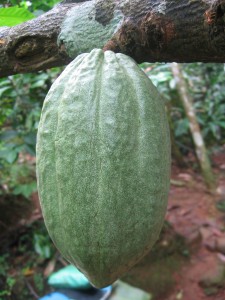 Above: The Cacao Plant 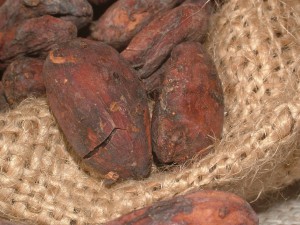 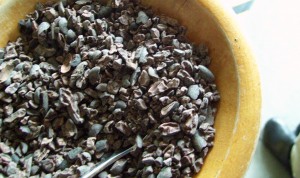 Again wishing you all a very happy #NationalChocolateDay!

Scientists have really struggled to explain why elephants rarely ever get cancer. But they may have finally cracked it: According to a new study, it’s all in the genes. Well, one gene, and their 20 copies of it.

These massive mammals have about 20 copies of TP53, a gene that codes for a potent tumor-blocking protein.. Humans have just one copy of TP53. “An extra dose (or 19) of the anticancer gene may explain why elephants have unusually low cancer rates”, says Joshua Schiffman, a pediatric oncologist at the University of Utah in Salt Lake City.

According to ScienceNews.com, “Schiffman’s team pored over 14 years of animal autopsy data from the San Diego Zoo, and a separate database that included detailed info on 644 elephant deaths. Based on those data, the team calculated that just 4.8 percent of elephants die of cancer. For humans, that number is anywhere from 11 to 25 percent.”