According to SnowBrains.com, “the average moderately active person takes around 7,500 step/day.  If you maintain that daily average and live until 80 years of age, you’ll have walked about 216,262,500 steps in your lifetime. The average person with the average stride living until 80 will walk a distance of around 110,000 miles.  Which is the equivalent of walking about 5 times around the Earth, right on the equator.!” 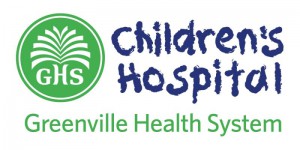 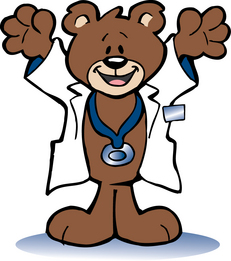 On July 23, 2015 High Touch High Tech had the pleasure to be visit the children at the Greenville Children’s Hospital. Asteroid Amber brought along her supplies for the children to go panning for gems with HTHT’s Rock and Roll© program. Some of the precious gemstones that the children would find include: Pyrite (Fool’s Gold), Hematite, Green Calcite, Jasper, Amethyst,  Rose Quartz, and so much more!

Thank you to the Greenville Children’s Hospital for having us do hands-on science with your children!

Yesterday, July 24, 2015, NASA made a statement saying that they believe that the Kepler spacecraft may have found Earth’s bigger, older cousin. The Kepler spacecraft  is a space observatory launched by NASA to discover Earth-like planets orbiting other stars. It was named after the Renaissance astronomer Johannes Kepler and launched on March 7, 2009.

Earth 2.0 is known to NASA as Kepler-452b. Astronomers believe that Kepler-452b might be small and cool enough to host liquid water on its surface – and might therefore be hospitable to life. So far, Kepler-452b is the closest resemblance that astronomers have found to our home. According to BBC News “Kepler-452b, orbits a parent star which belongs to the same class as the Sun: it is just 4% more massive and 10% brighter. Kepler-452b takes 385 days to complete a full circuit of this star, so its orbital period is 5% longer than Earth’s.”

What do you think? Is Kepler-452b or Earth 2.0 a habitable place for life? Tell us your thoughts!

NASA’s New Horizons spacecraft probe has made the first visit to Pluto, speeding past at 14km or 8.7 miles per second!!

New Horizons’ flyby of 2,370km-wide Pluto is a key moment in the history of space exploration. This was a historic mission because it marks the fact that every planet in that system – from Mercury through to Pluto – has now been visited at least once by a space probe!

For more information on this historic mission please visit: http://www.bbc.com/news/science-environment-33524589

Recently, after experiencing some restless nights and some nightmarish dreams, I wondered…Did the spicy jalapenos and salsa I put on my food cause these intensely vivid dreams?

Dr. Charles Bae, MD, a sleep medicine doctor at Sleep Disorders Center at the Cleveland Clinic explains that really “eating anything too close to bedtime can trigger more dreams, because the late night snacks increase the body’s metabolism and temperature. Heightened metabolism and temperature can lead to more brain activity, prompting more action during rapid eye movement sleep, or REM.”

Maybe the active ingredient in spicy foods, capsaicin, is to blame? Not only is the human tongue the strongest muscle in the human body relative to its size, but it is also home to the millions of microscopic receptors that make our sense of taste possible. Your tongue contains thousands of pain receptors, called VR1 receptors. When the receptors are activated by capsaicin, the sensation we experience is indelibly linked to the perception of temperature, to the feeling of eating something near the boiling point of water.  What ensues is a burning sensation, signaled by the brain, however no physical harm is done.

“It is … possible that spicy foods—or other foods such as dairy or greasy fast foods—at least occasionally induce nightmares or other bizarre dreams. It might be that some people are sensitive to the chemical composition of certain foods,” writes Tore Nielsen, director of the dream and nightmare laboratory at Sacré-Coeur Hospital in Montreal, Canada.

What do you think? Are spicy foods to blame for your intensely strange dreams?!

The firefly also commonly known as “Lightning Bugs” produce a light within their bodies! How do they do this, you ask? Well it is through a process called bioluminescence . Bioluminescence occurs widely in marine vertebrates and invertebrates, as well as in some fungi, microorganisms including some bioluminescent bacteria. Each blip of light is produced by a chemical reaction between a special protein found in the fireflies abdomen called luciferase, a pigment called luciferin, and oxygen. Once the chemical reaction begins, the result is a bright little light.

So why do fireflies light up their little abdomens? Male fireflies cruising for mates flash a species-specific pattern to announce their availability to receptive females. An interested female will reply, helping the male locate her where she’s perched, often on low vegetation.